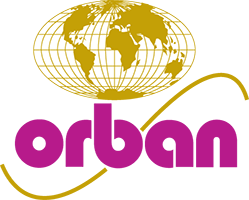 Opticodec-PC is the first MPEG-4 AAC/aacPlus encoding software for high quality streaming audio. Opticodec offers the most important feature that the basic netcaster is looking for in an encoding product entertainment-quality sound at economical bit-rates.

The software lets streaming providers supply content encoded with the Coding Technologies® AAC / HE AAC / aacPlus codec, widely acknowledged as offering the highest available audio quality at the lowest possible bit rate. Stations encoded with Opticodec can be experienced through the new RealPlayer® 10 or Winamp 5.08 and on a growing number of WAP enabled cell phones.

Compared to MP3, Opticodec's aacPlus codec provides a better than 60% improvement in audio quality versus bit rate, reducing network streaming bandwidth requirements and costs accordingly. At 32 kbps, Opticodec streams offer close to FM quality, without the phasey, watery character of other popular codecs operating at this bit rate. Many listeners prefer the audio quality of 48 kbps streams to FM and other codecs.

"Streaming has just become profitable", said Rusty Hodges of netcaster SomaFM after first hearing the aacPlus codec at 32 kbps. Netcaster and respected broadcast engineer Gary Blau described it as the quality breakthrough we've been waiting for.

The number of broadcasters using aacPlus is growing daily. To experience aacPlus yourself, choose a stream at tuner2.com.

Because of its dramatically better sound and increasing popularity of AAC / HE-AAC / aacPlus, new players are being added regularly.

Opticodec-PC PE is offered solely in a premium package coupled with an Optimod-PC and can encode multiple simultaneous streams at bit rates from 8 to 320 kbps, and additionally can encode streams targeting 3GPP mobile devices. Optimod-PC is only required for Opticodec PE, but is recommended for any Opticodec product. Optimod-PC ordinarily processes the resulting stream or file for consistency and punch, but it also comes with presets that allow it to do simple protection limiting.

More information about Orban's products can be found at their website: http://www.orban.com/

As well, a complete listing of Orban products and pricing can be viewed here.